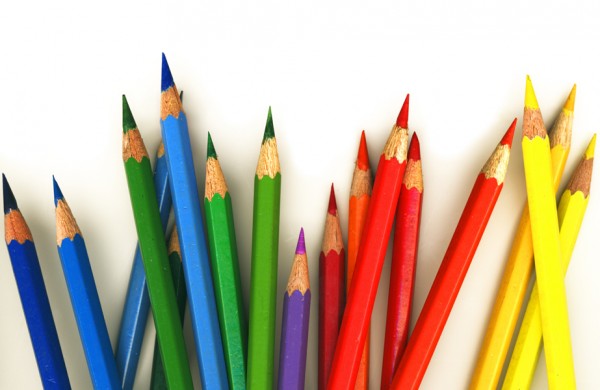 Why Color Is Primary – Part 1

Behavior 14 years ago No Comments

Color — it’s what we interior designers deal with on an almost daily basis. Color can evoke feelings of comfort and security

— or — uneasiness and foreboding. Why and how does this occur” Do we really understand what color is and how it affects us and our clients” Let’s take a look at a topic that is near and dear to every designer’s heart.

What, precisely, is color” The following are the first three definitions of color in Webster’s Ninth New Collegiate Dictionary:

What, exactly, does all this mean” I believe it means that color is much more complex than most of us realize. Let’s take a look at how color is perceived. To do that, we must first explore the differences between additive and subtractive color.

Anyone who has gone to design school has undoubtedly taken a class in color theory. In most color theory classes, the phenomenon of additive and subtractive color is discussed. Additive color refers to light, while subtractive color refers to pigment. I will try to explain the differences between them very simply. However, in order to understand the difference between the two, it is important to realize that without light, there is no color.

White light comprises all of the wavelengths of light: violet, blue, green, yellow, orange, and red. If you’ve ever looked through a prism, you have seen all of these separate wavelengths of light; another example of this phenomenon is a rainbow. Daylight has all of these colors present, which is why the light seems invisible — it’s white. When we are discussing additive color, we are referring to the fact that color filters are added to white light to obtain the desired color — e.g., a red filter lets only red light through.

When all light waves are combined (as in additive color), the result, as we discussed above, is white light. However, when all primary colors of pigment are combined, we end up with black pigment (subtractive color). So it could be said that if one is using black and white as their color palette, they are basically utilizing every color in the rainbow!

But how do we actually see — or perceive — color” In her book entitled Color for the Interior Designer, Ethel Rompilla describes the process by which the human eye discerns color:

“The process… is often compared to the working of a camera. On the outer layer, the cornea… admits light into the eye through the lens. The lens focuses images on the retina…. The iris… controls the amount of light that enters the eye through the pupil…. The retina contains the fovea, the area of best color response and clearest vision: it also holds two sets of light-sensitive nerves, the cones,…. and the rods….

“There are three classes of cones, each containing a different color receptor — red, blue, and green — all of which must function for normal color vision.”

To summarize, color perception is achieved via the cones in our eyes. If one or more of the cones is missing or deficient in some manner, color blindness will result. For example, if a person does not have red receptors in their eyes, they would not be able to distinguish the color red as a distinct color; the colors red and green would appear similar.

The Importance Of Color

It would appear that color must be important to humankind, since it is apparent that our eyes have evolved for us to be able to discern color. Based on discoveries in various archeological digs throughout the world, this theory seems to be true.

There is evidence that color has been utilized by humans to decorate their living spaces for centuries. Cave drawings that are estimated to be 30,000 years old have been found in which animals are drawn in colors of red, black and yellow ochre. Ancient Egyptian temples and tombs are embellished with hieroglyphs and paintings utilizing a mélange of colors: red, yellow ocher, blue, green, purple, black, white, and gray.

Modern-day evidence of the importance of color to various cultures can be seen in the pottery, basketry, jewelry, and clothing utilized on every continent. From Africa to South America to Australia to Scandinavia, and all points in between, each country and culture utilizes color to communicate what is important to them. Religion, commerce, and national pride are depicted via specific colors and symbols.

And don’t forget the colors of nature: blue skies, fluffy white clouds, green grass and trees, red or brown earth. The bright colors of birds, mammals, and insects distinguish males from females, friends from foes. Clear water reflecting the sky: gray, blue, or turquoise. Is there anything more amazing or beautiful”

Now, think of one of Ansel Adams’ black and white photos. His work is incredible — many of the places he photographed are absolutely spectacular. But what if that photo was an exact replica of that particular locale” There is no color — only black, white, and gray everywhere, all of the time. Could you live in that space day in and day out” I know that I couldn’t! [Note: If you’re not familiar with the photography of Ansel Adams, The History Place website has a gallery of some of his best work.]

Next month we’ll explore how color affects humans, and why designers should be cognizant of this when specifying color in certain environments.

Other References on Color [Note: This list is by no means exhaustive. These are books that are in my personal library, and websites that I frequently access and utilize.]