Education 18 years ago No Comments

Parsons School of Design: So You Want to Move to the Big Apple”

The SUBWAY, the EMPIRE STATE BUILDING, the TAXIS, the ART, the FASHION, the ARCHITECTURE, the PEOPLE – all reasons to move and study in New York City. Can you imagine learning in a place where the whole city is your classroom” However, deciding to go to school in what many people describe as The Center Of The World is a big decision, and there are so many issues to consider. 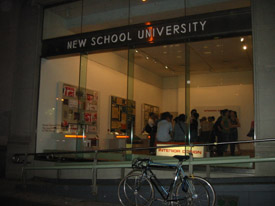 Offering a four-year program for a Bachelor’s of Fine Arts and a two year program for an Associates degree, the curriculum gives students the opportunity to learn from the best and be surrounded by the best. You can click here for a description on the following courses: 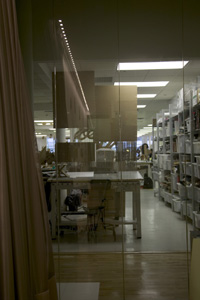 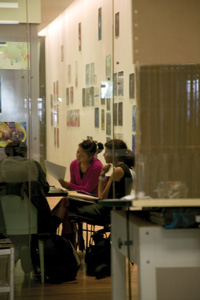 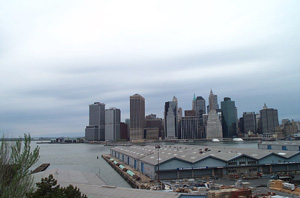 Located in Union Square, where the East Village meets the West Village, the school is in the center of it all. Recently, the interior design department has undergone a major renovation. Shashi Caan has become the head of the department. A new materials library, courtesy of the Donghia Foundation, and work studio have been created. Additionally, in this past year an IDeas Lecture Series (Interior Design educational advancement) has been initiated. The series focuses on innovation in interior design and the political/social affects of design.

Class sizes tend to be small and intimate – around 20 students in each class – allowing for more one-on-one interaction between student and professor. To top it all off, optional semesters can be taken at affiliate schools in Paris, Japan and Korea.

Housing is also very important, and I would encourage first-year students to take advantage of the dormitories, which are located in various areas of Greenwich Village and in the Financial District. They are great places to meet other students and to help you get used to the city, where there is so much fun to be had! 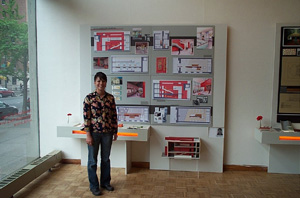 Now, let me tell you about my experiences – some of the best times in my life – and possibly give you some good advice along the way.

After studying design for a few years at a local university, I decided I needed a change and I needed a challenge. In 2000, I made up my mind to visit the city that I thought held the key to my future. You will never forget the first time you fly into La Guardia and see the city’s skyline, and you will never forget the first time you ride the subway. There is an energy there that no other city compares to – there is something that stimulates all of your different senses at all different times and places. 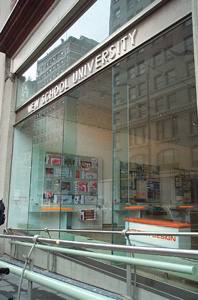 I was absolutely sold on the city, but I wasn’t quite sure if I would be accepted into such a prestigious and reputable school as Parsons. Despite my fears, I sent in my application, not really thinking about what would happen if I indeed got accepted. Low and behold, a few months later, my acceptance letter arrived. WHAT DO I DO NOW” Not only was I leaving everything and everyone I knew, but I was leaving for a place that now seemed a bit scary!

Fast forward a few months. I am in my first year at the school of my dreams, and I couldn’t be more excited. A bit lonely, but still excited. The professors challenged me in ways that I hadn’t been challenged before. I saw design everywhere because not only was I learning about design in school, I was learning about it by just walking down the street, by going to the museums and seeing what your professors have been talking about for years. (You can see Claude Monet’s Water Lilies in all its glory (at The Metropolitan Museum of Art), rather than in a book or on the projection screen!) 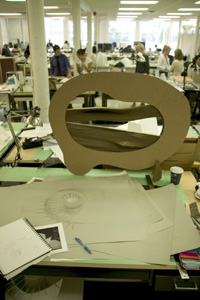 I was being exposed to the best design and the best designers in the country. We were being critiqued by those such as Sherry Donghia, Vicente Wolf, and Victoria Hagan, to name a few. We went to the most outstanding interior spaces. On one field trip we were taken to Radio City Music Hall, where we saw the inner workings of the theatre and its hydraulic system.

During my junior year, I worked on a residential and spa project for which we had to design for specific clients and have concrete inspirations and “big ideas”. The “big Idea” needed to be researched fully and understood completely, not only for us, but also for those who critiqued us.

For my final year, the class was entered in a competition for Starwood International, who owns such hotels as the W and the Westin. Our task during this project was to renovate an existing Westin lobby located in Times Square. The finalists then presented their designs to the C.E.O. of Starwood International. Intimidating” YES! But rewarding” ABSOLUTELY! Each of us won a free night’s stay at the W Hotel Times Square (the view was spectacular!) and a plush bathrobe! (The winner was then featured in Metropolis Magazine and ended up working as an in-house designer for Starwood.) 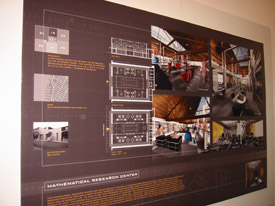 For our final thesis project, the class selected a theme and each student chose an individual space to reflect that theme. For example, my class’ theme was Community; therefore, I decided to create a Latin-American Museum. During this year-long project, each student is assigned an outside advisor which guides the student and project process. At the end of the term, and after the final critique, the class produced a gallery opening displaying our final thesis projects. We were involved in the design and construction of the gallery space, which added so much to the project and to our final year.

OK, I have to warn you, living and going to school in New York is not cheap, but it is sooooo worth it. The city will take some getting used to, but you will quickly learn what and what not to do. I know New Yorkers have a reputation for being a bit rude, but in reality they are the most real and interesting people you will ever meet. If they are rude, it’s just because they don’t like to beat around the bush. The school’s reputation will take you far, but remember the experience, knowledge you learn there. Most of all, your own drive will take you even farther. You are exposed to so much, but it is your responsibility to do something with it. 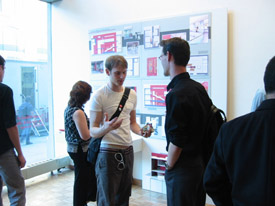 I would advise you, the future student, to make an appointment at the university, talk to counselors and even visit the department so you can get a feel for what kind of environment you will be in. (To schedule a tour click here or visit their on-line open house by clicking here.)

Want your school’s interior design program to be featured” Then let us know, but be sure to forward this site on to Faculty as well. Tell them to get some school spirit and to contact us at contact@plinthandchintz.com and put LEARN BABY LEARN in the subject line.