Though this Greek-sounding word describes one of those ancient “calculators” made of beads and rods, it also has a definition related to architecture: the uppermost flat slab on the top of a pilaster or capital of a classical column. If a Corinthian order, the abacus has concave sides with the corners cut off. If of the Greek Doric order, then it’s a thick, square slab. In other orders such as Tuscan, Roman Doric, and Greek and Roman Ionic, it’s square with a molded lower edge. More than you ever wanted to know, but now you”ll be able to answer that question on Jeopardy! 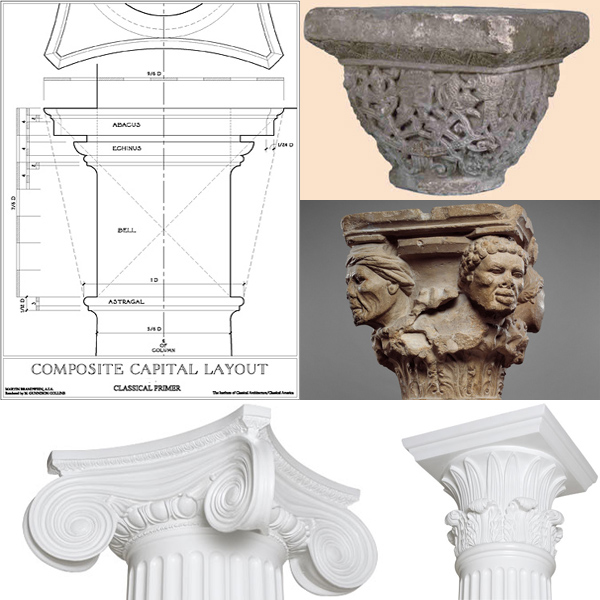