The term for an upholstered armchair having an exposed wood frame, concave back, wide seat, closed arms, and either cabriole or straight legs. As you might imagine, the term is French. This style became popular in Europe in the late 18th century after it was introduced earlier in the century in France during the era of Louis XV. 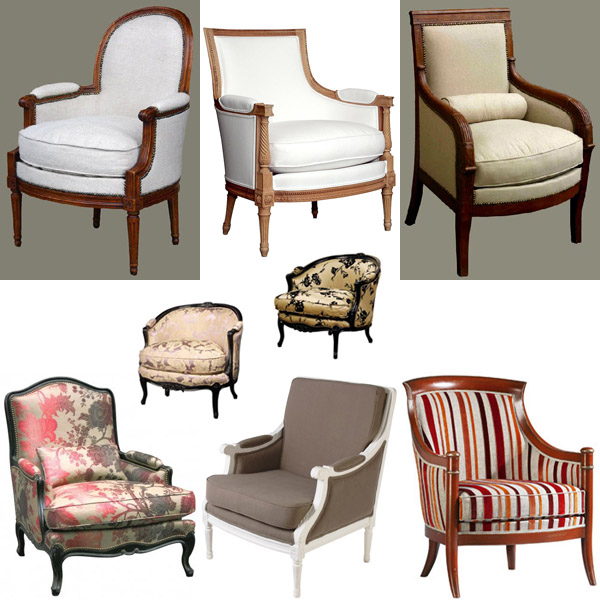