No, this isn’t some kind of wrestling maneuver invented by the Scots. It’s simply a graphic decorative motif consisting of stylized ribbons and braids forming interlocking knots that seamlessly flow into one another. You might occasionally see the name “Everlasting knot,” which is the exact same thing. Those the Celtic knot is most often attributed to the early Celts, the style can also be unearthed in both Egyptian and Norse relics. Many people associate profound symbolism with the Celtic knot, believing it embodies the common thread of the universe: everything flows into everything, as there exists neither a beginning nor an end. 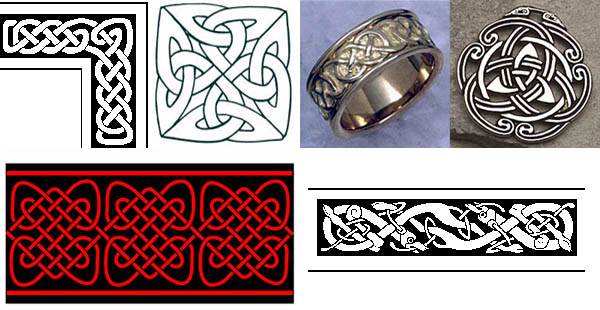