This word gets our vote for having one of the most beautiful pronunciations ever. Seriously – just say it in a low, husky voice, and people will start to look at you differently. (Not that that is always a good thing… But we digress.)

Cinnabar can mean a few different things, but they are all closely related, so it will be easy to remember. First and foremost, it’s a red mineral consisting of native mercuric sulfide (HgS) and sometimes called cinnabarite. Throughout history, the natural and artificial versions of HgS have been used as a pigment to dye things, so the resulting vermilion color is also known as cinnabar. It is prized in China as artisans there use it for intricate inlay work in jewelry and other decorative arts. There the color is sometimes referred to as “dragon’s blood,” and tends to be a more reddish-orange color. [FYI: Because it features splashes of brilliant red on its wings, there is a European moth called the cinnabar moth. It has nothing to do with design, but we just though you might like to know.] 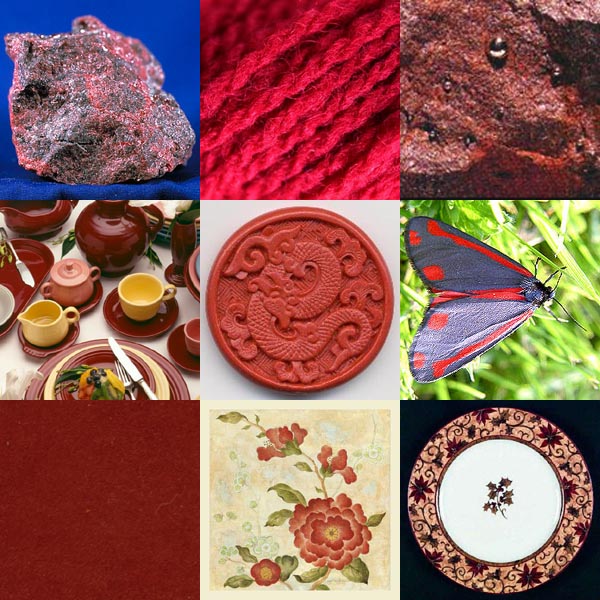