Heard of Damascus? The capital of Syria and one of the world’s oldest cities? This port city began exporting beautifully ornamental silk textiles to Europe waaaay back in the in the 1100’s; hence, the origin of the name. (FYI: Damascus is also a type of steel, but we digress…) If you have never seen damask, then you have obviously been floating on a raft in the middle of the ocean much of your life. It is a very popular, common fabric – cotton, silk, linen, and/or rayon in composition – woven on jacquard looms and possessing flat patterns in a satin weave on a plain-woven ground.

The name initially referred to the type of weave, but now the term is commonly used to refer to the effect in terms of ornamentation. That’s why you will hear people use the word to describe symmetrical, duo-toned floral and scroll patterns, even if it’s not occurring on fabric. However, a true damask weave, otherwise known as a “reverse warp and weft weave,” creates a fabric with reverse patterns on front and back, just like negative. What is the pattern on the front becomes the background on the other side, and vice verse. Pretty nifty, huh? Damask’s long history automatically pegs it as “traditional,” but many modern designers, inspired by its timelessness, are creating modern interpretations for more contemporary settings. 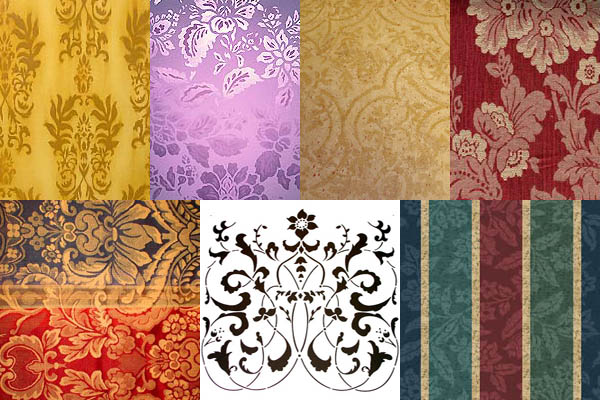