Using modern construction techniques, walls, otherwise known as partitions, are have studs as their skeleton and drywall as their skins. Typical wall framing calls for a single stud every 16”-24” on center. So why would you think of doubling-up” Increased thermal control and sound control, primarily, but also for structural and fire control reasons. 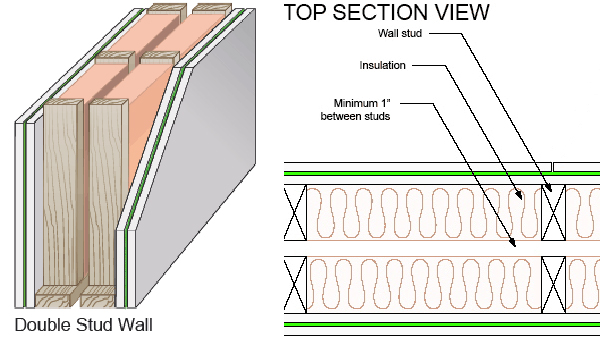