7 years ago No Comments

This late 17th century French term, which developed from the Italian term girandola, describes a highly decorative, branched candleholder made out of stone (such as marble) and metal (such as bronze or gold). Girandoles were often adorned with crystals and produced and displayed in pairs. The term is also used to refer to a luxurious type of wall sconce that included a highly ornamented back mirror, which reflected the light into the space. 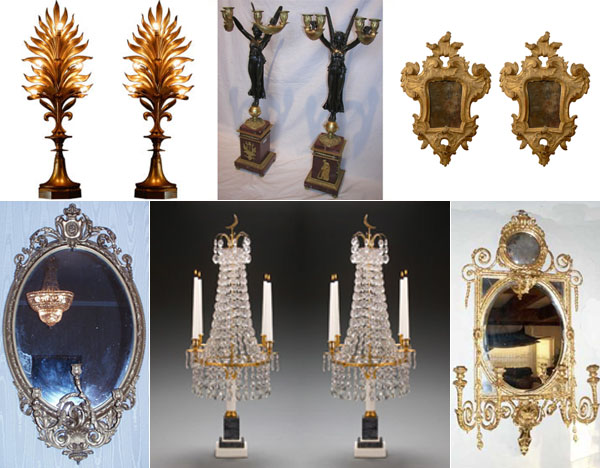