You might not know this word, but you’ll recognize its “figure” as it is a classic one. This ancient (think 5th /4th century BC) form comes from the innovative Greeks. They designed an elegant, sensuous shape made up of a concave, shoulder-height top-rail (to follow the curvature of the back) and splayed sleekly saber-shaped legs (just try to say that five times fast), meaning that the front legs curve forwards and the back ones curve backwards. Though you’ve never seen an original (as they don’t exist), you’ve most likely seen it in late 18th/ early 19th century Greek Revival pieces: Duncan Phyfe, Empire, English Regency, and French Directoire. 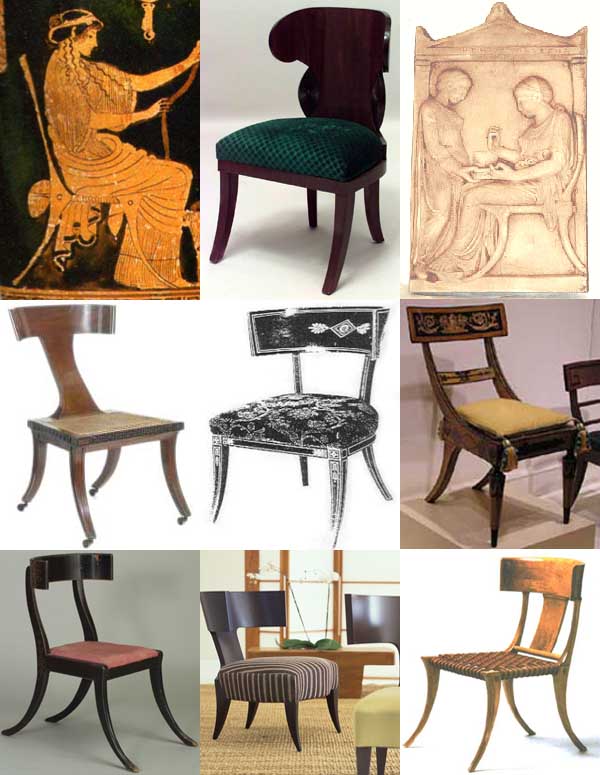