When you think lintel, think horizontal. Why” Because it’s the crosspiece forming the upper member of a window or doorframe. It’s also the term used to describe the horizontal architectural member spanning – and usually carrying the load above – an opening. Of course, if it’s just spanning, it’s only decorative, but if it’s carrying some weight, then it’s obviously structural. To confuse you even more, it can also refer to the load-bearing beam over an opening, such as a door or fireplace, in masonry. Stone lintels are normally visible from the exterior, whereas wood lintels are usually concealed inside the wall and also known as "headers" (but not always). Wood or stone, decorative or structural, just think “horizontal piece extending over an opening.” 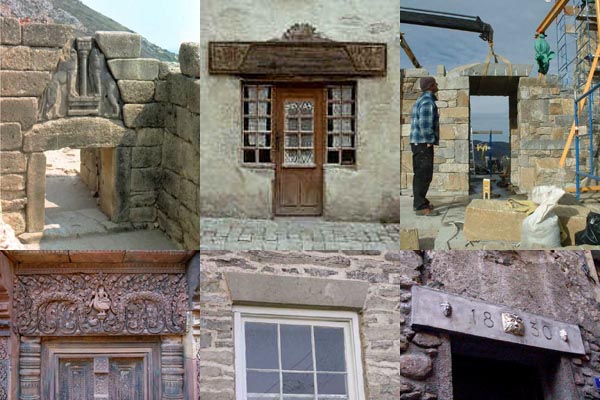