Though, when capitalized, this word refers to a member of the Turkish dynasty that ruled the Ottoman Empire, we’re talking about it’s other, drastically different, meaning: an upholstered, often overstuffed footstool. Oh, and it also is the name of a bulky fabric used for clothes distinguished by prominent crosswise ribs. (Those images are harder to find, so you’ll have to be satisfied with the footstools.) 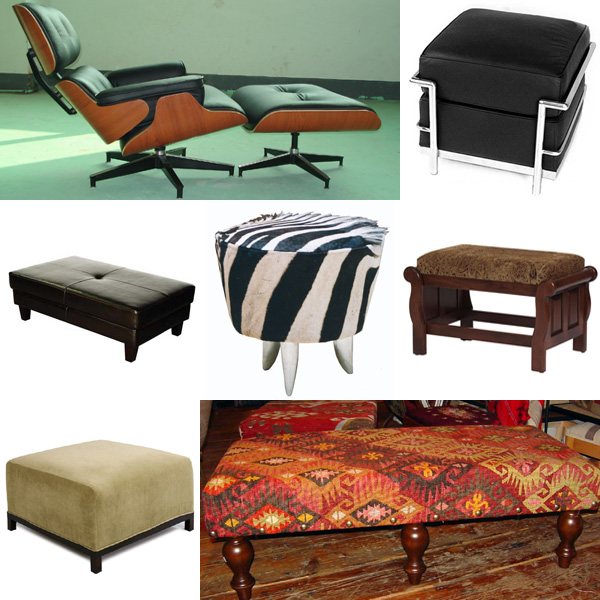