Often simply referred to as Oushaks or Ushaks, these carpets are named due to the Turkish town from which they originated. During the early days of the Ottoman Empire, Ushak emerged as a major center of rug production and became known for the heavy, yet silky, luminous wools woven into elaborate medallion patterns made up of shades of saffron, gold, cinnamon, terracotta, ivory, gray, blue, and green hues. Over the centuries patterns and colors have changes due to tribal influences, as well as Western demand. 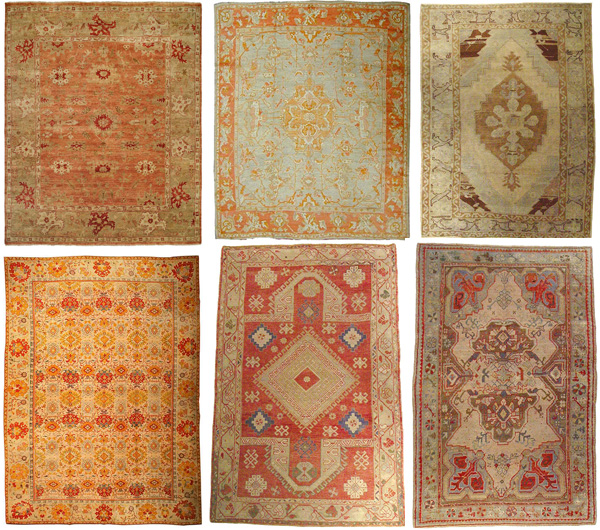