We all need a healthy does of perspective, but in this case we’re talking about a drawing that is drawn with perspective, which, to confuse you further, is actually referred to as a perspective. This type of drawing is quite common in architectural renderings that one would use as part of a presentation because it gives the most accurate representation of what an interior space or building will eventually look like to the human eye. Techniques include one-point perspective, two-point perspective, and three-point perspective. The “point” refers to a vanishing point. Objects represented in the drawing have edges with parallel lines that converge to vanishing points, which gives the illusion of depth and distance even though the image is drawn on a two-dimensional, flat plane. As you can imagine, the drawing difficulty level grows with each point. 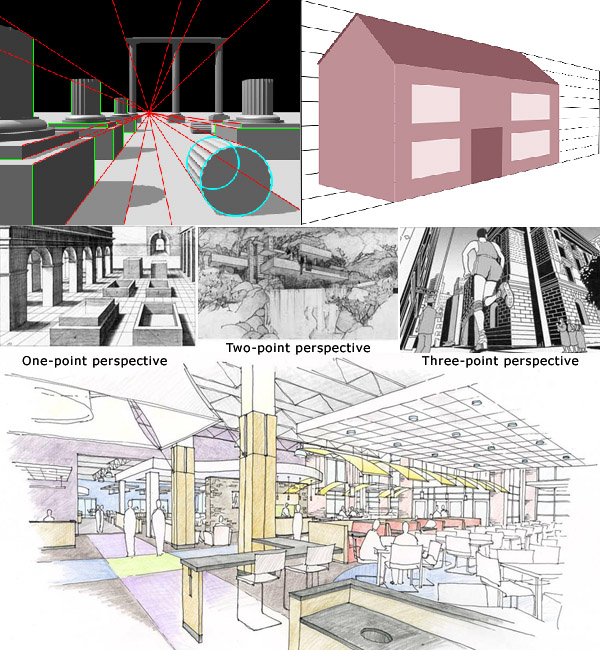