Using modern construction techniques, walls, otherwise known as partitions, are have studs as their skeleton and drywall as their skins. Typical wall framing calls for a single stud every 16”-24” on center, which might not provide inhabitants the best sound dampening. Just like it sounds, in staggered stud wall construction, the studs are spread out and not all aligned, resulting in a wider partition thickness and space for continuous insulation snaking in between them, which definitely helps prevent sound transference. 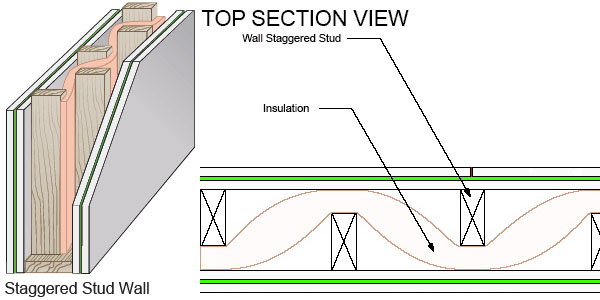