This kind of strike has nothing with refusing to go to work, slapping someone in the kisser, lighting a match, or posing dramatically. In the A&D world, a strike (or a strike plate, as it is sometimes referred to) is a device in the jamb or the head of a door that receives a latch or a lock. You often hear someone talk about “the strike side of a door,” which is, of course, opposite the hinge side of the door. A strike can be very simple – like a Box Strike – that just has a plate with an opening and a box-like enclosure that surrounds the opening on the back of the plate. The box-like part is set into a hole in the door frame and the plate rests flush with the jamb. A strike can also be a little more complicated – like an Electric Strike – which, in addition to having a latch lock, uses a remotely controlled electromagnet to allow the door to be opened without retracting the latch. We could go on an on here, but we won’t. The subject matter is a little dry. If you want to know more, just do a little Googling. 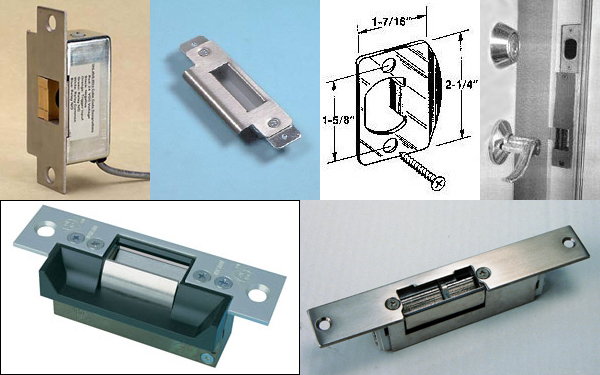