Tansu refers to adaptable Japanese wooden cabinetry dating as far back as 7th Century and gaining hold in17th Century Japan. Though it originated specifically for storage purposes in the form of chests and cabinets, it now refers to any type of furniture – e.g. tables, chairs, and accessory boxes – with a hint of the traditional Japanese motif, such as iron hardware. Frank Lloyd Wright and other supporters of the Western Arts & Crafts movement in the late 19th / early 20th Centuries incorporated Eastern tansu styling into their designs due to its classic, timeless appearance, its masterful joinery, and its focus on function. Tansu represents a rich folk heritage that values superb craftsmanship and simple, aesthetic sensibility is commonly found in other aspects of Japanese art and culture. 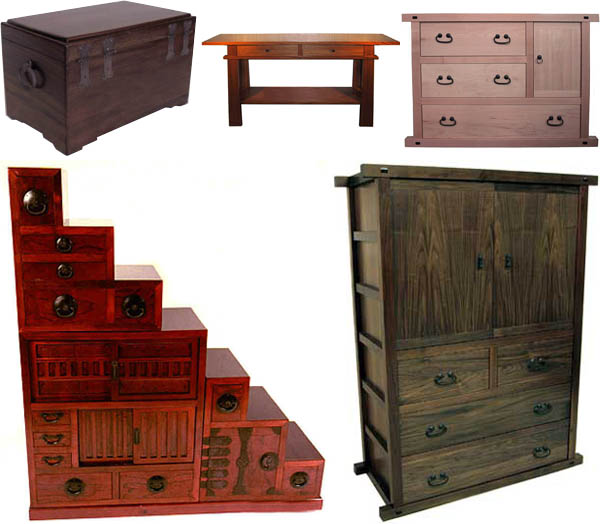