Confusion exists between the distinction between tartan and plaid, so we’ll try to work it out for you. In its most succinct explanation, a plaid is an item of clothing, while a tartan is a pattern. Historically, the Scots wore a plaid – a piece of cloth that was essentially a blanket to protect them from the harsh climate – draped over their shoulder and fastened in the front. The plaid was usually in the same tartan as the kilt (though it could be solid and still called a plaid!), the pleated plaid that Westerners would refer to as a skirt. Tartans consist of crisscrossed horizontal and vertical bands in multiple colors. Every Scottish Clan has its own tartan of a specific color combination and design. But here’s where it gets tricky: If the pattern is not associated with a Clan, then is can be called a plaid, which is why in the U.S. we refer to the pattern itself as plaid. Make sense” If you are mad about plaid as we are, then check out Jeffrey Banks’ gorgeous coffee table book, Tartan: Romancing the Plaid. 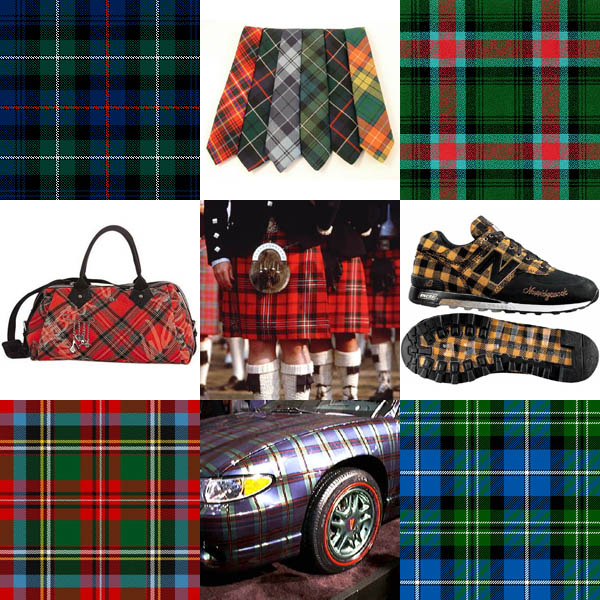