A form of folk art originating in China, Temari balls found their way into the Japanese culture half a millennium or so ago and were made by tightly wrapping and sewing together fragments of kimonos. Used initially for sport, Temari balls evolved into a highly ornamental art. Those who practice the craft as a hobby can find many patterns and ideas online, but according to temarikai.com, “To become a Temari artist in Japan today requires specific training and one must be tested on one’s skills and technique before being acknowledged as a crafter of Temari.” 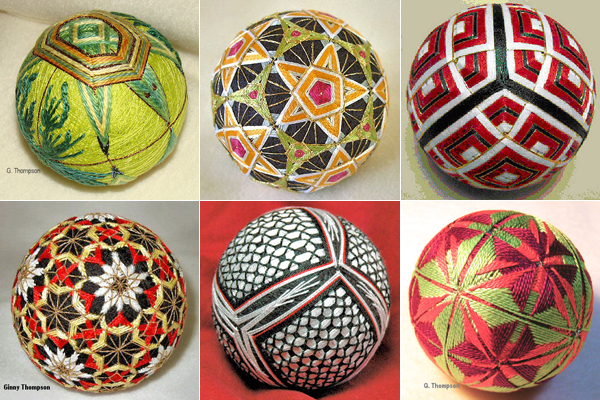