The first time we heard this word, we confusedly thought the person who uttered it was talking about someone named Wayne Scott (who we romantically imagined was Batman’s cousin or something.) Alas, the term couldn’t be more dissimilar from the strapping millionaire leading a double life. Instead, a wainscot (note the three pronunciation options above) refers to the lining of a wall with a material – commonly wood, but also stone, tile, vinyl, etc. – and usually only on the section three to four feet A.F.F. As with many nouns, you can turn it into a verb, which then means to line a wall with wainscoting (an alternative term for wainscot). 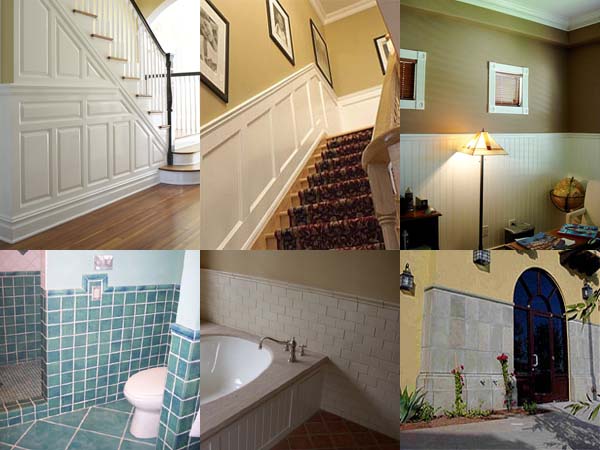