Influencers 14 years ago No Comments

Scott Pobiner, former Director of the Design & Management Program at Parsons, the New School for Design, is someone who understands the role of design in our globally interconnected world. His impressive educational background includes a Bachelor of

Architecture from Cornell University’s School of Architecture, and a Master’s degree in Design Studies (Digital Media and Production environments) from Harvard. He is also a Doctor of Design (DDes) candidate at the Harvard Graduate School of Design, with the projected completion of that program being in May 2009. Pobiner brings design and design education to life in an interview that discusses his impressive experience, his thoughts on design technology, an exciting degree program unlike any other, and the importance of understanding business in a professional design career path.

Before arriving as a professor at Parsons The New School for Design in New York City in 2006, he taught classes on architecture, and also on the production, theory, and use of digital media in design. In between teaching courses at the Boston Architectural Center, the Stevens Institute of Technology, and Parsons, his professional projects have related to architectural design, and private consulting on the design and integration of technology in learning environments. And, in between all this teaching, research, and the development of web and computer-based design applications, he has lectured on design, design technology, and the use of design in classrooms.

From Fall 2007 to Fall 2008, he served as the Program Director for the Design & Management degree program at Parsons. The program, which allows students to focus their course of study in the design field(s) that interest them the most while they learn traditional business principles, is a Bachelor’s of Business Administration (BBA).

It is one of the few business-based design degree programs offered anywhere in the realm of higher education. (He once told me that the program creates “a different kind of triple threat – designer, manager, and entrepreneur.”) 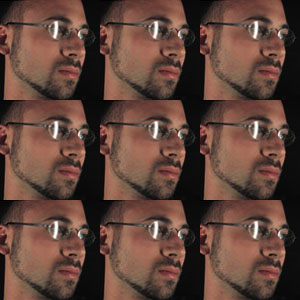 It teaches students basic graphic design skills, which many use to pursue business and product development ventures. It also helps students learn about “branding,” or the use of marketing to create an identifiable product or service – a valuable business concept that many enterprising students do not have the opportunity to learn about until they reach MBA programs.

After stepping down last term so that he could complete his dissertation this term, Pobiner remains an Assistant Professor of Information Design within the program. And, naturally, he is an enthusiastic speaker on design, technology, innovation, and education. Here, he speaks on his experience, the future of design, the Design & Management program, and the interconnectedness and importance of understanding the liberal arts and business in today’s design world.

What inspired you to pursue a career in design”

There are a few reasons that I knew a career in Design was right for me. I have always loved to draw, to build things, and most of all – to take them apart. My floor was always littered with the requisite detritus of a design-kid in the 80’s – Legos, Lincoln Logs, Constructs, Capsella – if it had a hook, connector, or snap then I wanted to play with it. My favorite thing to do was to take all of the potential connectors and build things that combined parts from each just to see what would happen. To this day I still press buttons and flip switches just to see what happens!

My grandfather and my father owned a rather sizable photography studio in Manhattan and this was probably my first engagement with anything you might call design. I loved the way that each photographer in the studio was an expert in their own right and each had a kind of specialty as well. At first it was so confusing to try and picture how all of the activity led to a single product, but over time I began to understand the intricacies of the process and even a little bit about the business aspects of running a studio.

Equally important to my own family has been my teacher, Mr. McAnaney (a.k.a. Mr. Mac). He taught Architecture and Design and Drawing for Production courses at my high school – Half Hollow Hills High School East – and since the first day I stepped into his classroom in the 9th grade, he has been my mentor. His classroom was equal parts workshop and studio and none of it looked like any of the other classrooms. I would stay up all night working on projects for his class… it was probably during one of these nights that I became really hooked. He and I still get together for an occasional walk through the Museum of Modern Art in New York, and I visit the Design courses at Hills East with him for reviews. He is certainly still my mentor.

When I think about it, I doubt any designer can point to one reason why they love Design. It thrives on diversity and sometimes conflicting ideas. That makes it exciting.

What excites you personally about the current direction of interior design”

What excites me about design in general is that the various professional trades have begun to realize that there is value in overlap. A colleague calls it ‘transdisciplinarity,’ which is becoming a rather popular term in my circle of colleagues. It basically is the kind of approach to design that regards independent fields as important, but [also] makes room for practices that span them.

This is really where I see myself as a designer. My interest in practicing design lies with the design of spaces coupled with the design and application of technologies to support their function. I am really excited about learning environments (classrooms, for lack of a better term) and the way in which display technologies impact the way teachers and students use them. I suppose this is where interior design would fit for me.

You have lectured on "digitality." What is it, how is it affecting the design world, and what kind of an edge do students have when they become well-versed in new design technology”

Digitality is a way that I describe the point at which we interact with the stuff that comes out of technology so that it can be seen as different from ‘physicality’ – the stuff that exists in the real world. Like a door or a window, this point is a threshold condition between two different states of consciousness, and so our senses react to it differently.

For example; tactility is a description of how something feels. But if that ‘feeling’ is derived from an interaction with some device, I believe that it is fundamentally different from the way in which one ‘feels’ the smoothness of silk. I think that it works much the same way for our other senses as well. Seeing a digital image of a painting is qualitatively different than seeing the painting in person, and of course hearing a digital recording is different from sitting in a concert – even with surround sound.

I think that the difference between something that is predominantly digital and that which is predominantly physical is about to become a whole lot more important. You might already say that it has been important, and it’s time for designers to begin recognizing it.

Regarding "design technology" – I would leave the ‘design’ off and focus on the technology. Many people would argue that tools like AutoCAD, 3D-Studio, Maya, and Flash are important to learn and to an extent, I’d agree. But I think that it is much more important for students of design to actually understand how the technology they use works, rather than how to use it.

Moreover, I would put life drawing and sculpture at the top of any design students’ requirements. If you have never drawn and sculpted from reality, than the interface of the computer will only pull you further away. So I am conflicted; I love technology and software but see so much danger in its often naïve application.

Stay tuned. Next month Scott Pobiner will elaborate on specifics of the Design & Management program, its internship opportunities and what innovative endeavors he has on the horizon.


© 2009 Exenia R. is a freelance writer, singer, dancer, and a soon-to-be-active student of the Design & Management program. Thanks to “digitality,” or her regular interaction with computer technology, she was able to meet her deadline with this piece.