Influencers 11 years ago No Comments

It’s easy to look at the economic climate over the last couple of years as a disastrous crash, but we prefer to think of it as the universe hitting the “Restart” button, rebooting and realigning our lives for the better. Barbara Carlson, RID, IIDA, NEWH, and

Gina M. Joyce, RID, IIDA, must feel the same way. Principals of the newly formed Carlson Joyce Interior Design, they have taken their collective years of education – BS in Interior Design from the University of Tennessee and BS in Design from the University of Cincinnati College of Design, Architecture, Art & Planning, respectively – and experience in the hospitality design industry – 25 and 19 years, respectively – to form a stronger, more powerful union. Had they not been laid off from the same firm on the same day, these two talents, who share a passion for collaboration and on-going learning, probably would have never come together in such a focused manner. Things have a funny way of working out.

BC: Although I have worked in the interior design industry in Dallas since graduating from the University of Tennessee, my career path has been a bit winding. I hitched a trailer to my car and moved across the country to start my career at a small interior design practice that focused on office spaces. That position lasted less than a year, and my career path took a turn as I accepted a job at Texas Instruments doing mechanical drafting as part of a defense contract. The economy was in a downturn at the time and design jobs were hard to find, especially with so little experience. It was a very interesting job, and I still look back on it fondly, as that is where I met my husband.

After a couple of years though, I realized that interior design was my true calling, so I interviewed for and got a job in the kitchen design department of TGI Fridays Corporate Headquarters. This was a rewarding position for me as I had helped pay my way through college by being a waitress at the TGI Friday’s in Knoxville. 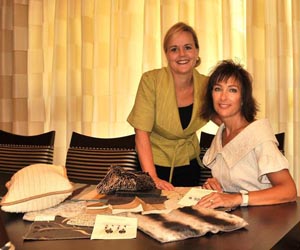 It was at this job that I learned about the “back of house” in restaurants and bars, and, combined with my practical knowledge from being a waitress, it gave me a unique perspective in the design of food and beverage venues. I have come to draw upon that experience as I have been very involved in the interior design and concept development of many restaurants and bars throughout the rest of my career.

After leaving TGI Fridays, my career has been focused on the design of a variety of hospitality projects: country clubs, hotels and a variety of food and beverage venues. I have worked at Chris Consultants, a firm specializing in country clubs, the corporate headquarters of Harvey Hotels and such nationally known interior design firms as Duncan & Miller Design (now known as Design Duncan Miller Ullmann) and Leo A Daly. Although I admit my history might not have been the most direct route to becoming a seasoned design professional, I feel lucky to have had all of the experiences from each of these jobs and have taken something away from each one of them.

GJ: At 25 years of age, I was inspired to return to college when I was unable to climb into an interior design position after working for 3+ years at a firm in Maitland, Florida, as a draftsman. I have always had an insatiable appetite for technical knowledge and a passion for design (especially hospitality design).

Graduating at 31, I needed a foot in the door when looking for a job. The University of Cincinnati’s interior design program emphasizes a year and a half of working experience prior to graduation. I interned at the Dallas office of Wilson & Associates, as well as the Atlanta and London offices of Hirsch Bedner Associates, and upon graduation I started off my first seven years as a Project Manager with Wilson & Associates back in Dallas. Not only did W&A shape me and expose me to some high profile properties, I owe my thanks to Trisha Wilson for believing in me and the encouragement to pursue the management side of design, mentoring young designers and building long term client relationships.

I left W&A after having my first daughter and continued my pursuit of design and management for three and a half years with Looney & Associates, where I was blessed yet again to have the privilege of working on some high profile properties and continuing a relationship with the Hotel Del Coronado. It was here I had my second daughter and looked for a balance in life.

In 2009 I found myself standing in the midst of the refinement with Leo A Daly; a big part of my experience was shaped here. LAD refined my skills at project work plans, projecting time, fees and budget along with business development. My eye opened and confidence instilled how I too could run a firm with the right collaboration of talent!

How did you two first meet”

BC: Even though Gina and I had both been involved the design industry for many years, it was not until we both worked at Leo A Daly that we met. I had been working there for four years when Gina was hired and placed in the open cube next to mine. In addition to sitting next to each other, we worked together on a project and that experience cemented our personal and professional relationship.

GJ: I seek relationships of people with integrity, authentic and a true team player. Barbara and I just seem to complement each other and she brings out the best in my talent!

You two now own Carlson Joyce Interior Design, a firm that focuses on hospitality projects. When and why did you decide to start a company together, and how did the idea develop”

BC: When Gina and I both got laid off from Leo A Daly on the same day in 2009, we initially went our separate ways, but we did stay in touch. After several months of contract work, I think we both realized that our skill sets complemented each other and with the combination of our talent, experience and industry contacts, it might be easier to join forces and seek work together rather than to go it alone of just try to “find another job”.

GJ: After being approached by a long time client for a project, I lost the opportunity because the lack of depth in my talent and team because it was just me. The client knew what they could get from me, but we all have to answer to someone, and I merely stated that I would wait my turn.

BC: Since our business relationship is fairly new, this is an area that is ever developing. So far, we have complemented each other in what we focus on.

GJ: We both respect each other that our efforts reflect this. Team work pays off!

Let readers in on the differences between working for someone else and working for yourself.

BC: I have been a sole proprietor in the past and have seen the challenges of running a design business alone. I am so excited to have a partner this time around – someone to be by my side, bounce ideas off of and share everything with. I am sure there will be challenges in the future, possibly disagreements as well, but we will face what is ahead together.

GJ: “Two are better than one, because they have a good return for their work” Ecclesiastes 4:9 is not only a great scripture quote for a marriage, but a partnership. Barbara refines me, encourages me and keeps me focused!

In all your years in the industry, what has been your most rewarding project so far and why”

BC: I feel like I have been lucky to have had a lot of great projects in my career. I guess one that stands out is the renovation of the Stephen F. Austin hotel in Austin, Texas. The hotel was built in the 1920’s and was a grand place in its day. But as time passed it faltered, and was eventually closed. I was part of the team that was hired to bring the hotel back to its “glory days”. The team worked very hard to ensure historical accuracy in the detailing but to also bring the hotel up to modern standards. When the hotel reopened, we actually heard from some people who had been to events when the hotel was originally open. It was rewarding to listen to their memories and to hear complements on the new design.

GJ: Boy, that would be a hard call to pick one. The Arizona Biltmore Resort & Spa, Hotel Del Coronado and The Moana Surfrider, A Westin Resort, would be my combined answer. All are historical, world renowned and beautiful. Then, because of the experience and personal growth that came from each of these projects that took a ton of coordination since most of the drawings were not drawn in AutoCAD as well as having almost the entire room count as the number of room types.

If you could go back and change one decision in the history of your career, what would it be”

BC: I am happy where my circuitous career path has led me thus far, so I don’t think I would change a thing.

GJ: Not a thing, I know that the big picture has always been to get to this point and grow from here.

BC: To soak up all of the information that they can in their jobs and in life. To listen to and value other’s opinions and never think you “know it all”.

GJ: Spend your summers and holidays working at a well-established firm, find a mentor who will speak wisdom and truth into your life and learn what your gifts and talents are and develop them. Not all of us can be the same role on a team.

Now for the lighter side…

Did you ever get a chance to take a vacation this summer” If so, what did you do” If not, where do you wish you could have escaped to”

BC: My husband and I celebrated our 20th wedding anniversary this year and we went to Hawaii, which is where we went on our honeymoon. It was a fabulous trip!

GJ: No vacations this summer, but spending time with my husband and the girls on the weekend through the summer is always fun. If I could go anywhere, my childhood beach, Coronado, California!

What’s your favorite thing to make for guests when entertaining”

BC: Well, if anyone reading this has been to my house for a party, they know that I just love to tend the bar. I usually research drinks before hand and concoct some drink specials especially for that specific party. I think it adds a special touch to the party and it is a creative outlet for me.

GJ: Hospitality is one of my gifts, and baking is my other gift. It doesn’t sound like the most entertaining party, but hey – my husband and girls love my peach cobbler!

What’s your favorite thing about autumn”

GJ: Love the cooler weather, football and getting ready for ALL of our birthdays (October, November, December and then January!!!).

Interested in chatting with either one of these talents” (They are both huge proponents of guiding young designers.) Want to congratulate them on their new endeavor” Better yet – need to hire them for a huge, multi-phased project” Then drop them a line: barbara@carlsonjoyce.com & gina@carlsonjoyce.com.