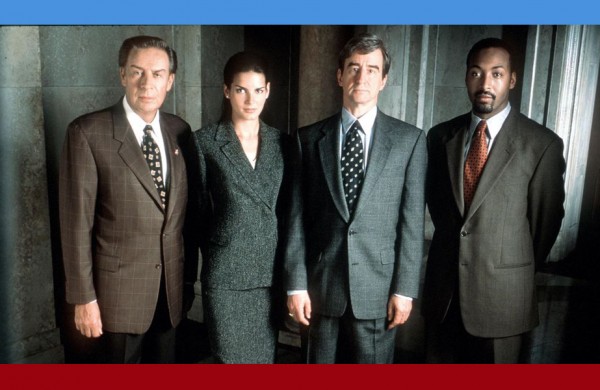 What Makes Me Happy: Law & Order

Law & Order is one of my all time favorite television shows. I suspect that I have seen each one of its 400+ episodes during its 20-season run multiple times. When it ceased production in 2010, it was like saying goodbye to old friends. Lucky for me, though, I can catch up with them on some station practically every night of the week. Thank God for syndication.

Admittedly, I’m using the word “seen” loosely. Because I love to fall asleep to Law & Order, technically I’ve seen the first half of each episode multiple times. It’s not that they’re uninteresting. Something about the intro and signature “chung chung” scene-break must activate a part of my brain that signals bedtime. (Watch the video clip below and judge for yourself.)

And I need to be clear: I’m talking about the original Law & Order, not the spin-offs. In a pinch, Law & Order: Criminal Intent will do, but Law & Order: Special Victims Unit not so much. Since the latter is the only one still in production, that tells you what I know.

With hundreds of episodes, you get hundreds of cast members. (Who knew being gorgeous was a prerequisite to be a female Assistant District Attorney?). Of course, I have my favorites:

And I haven’t even mentioned all the guest stars…

Look, I’m not an obsessed fan. I don’t read L&O blogs, create fanart or write fanfiction. For me the show is like a baby blanket: comforting, familiar, and a reliable way to make me happy.

<< What Makes Me Happy: Popcorn

>> What Makes Me Happy: Naps