Whitstable, England ” The Pearl of Kent

Places 15 years ago No Comments

You will notice the atmosphere buzzing with activity at the North Kent resort of Whitstable, with its working harbour, picturesque lanes, and alleys with eccentric names

such as Squeeze Gut Alley, Fish Market, and Yacht Club. While it has none of the noisy razzmatazz of other places, this town has a charm and character all of its own. 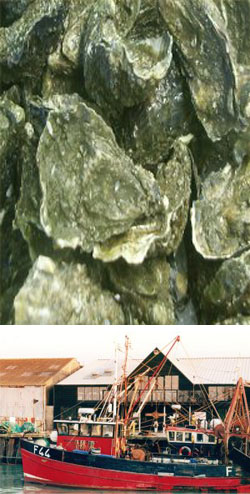 The Whitstable oyster has been collected here since Roman times, although it wasn’t until the Saxons that the town gained the name Witanstaple, which means “an assembly of wise men in the market.” This name simply became corrupted over time to its present form. The town is now world famous for its oysters, which were formerly harvested offshore and are still served in the restaurants in the town. The Whitstable Oyster Fisheries is one of Europe’s oldest commercial ventures, and its oysters were exported across the Roman empire during their occupation of Britain.

The busy harbour still sees fishermen plying their trade, and it was here that much of Whitstable’s history was made. The harbour was opened in March 1832 and became the first to be served by a railway. The Canterbury and Whitstable railway — the Crab and Winkle line — was opened in May 1830 to haul coal and merchandise six miles inland to Canterbury.

The Whitstable railway was the first in the world to have a steam-drawn passenger train. The Invicta locomotive, built by George Stephenson, has now been completely reconditioned and is on display in the Canterbury Heritage Museum. The railway closed in 1953 and is now a popular cycle route and footpath , with people being able to walk along much of the same route as the original track.

Creditably, the diving helmet was invented here by Whitstable local John Deane in 1820. When the oyster trade was at its height, there was a team of divers, and such was their skill and experience, they were frequently called upon to attend wrecks, often as far away as the West Indies. 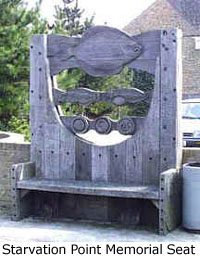 Opposite the harbour gates is a poignant reminder of the town’s maritime past. Starvation Point was once a meeting place where poverty-stricken seamen would gather and wait in hope of work. It is now a dedicated memorial to all those lost at sea and is a peaceful spot to just sit and take a moment.

To find out more about Whitstable’s maritime past, a visit to the town museum is a must, with the main themes being the unique coastal community and seafaring traditions. This ever-growing, fascinating display gives townspeople and visitors an idea of why Whitstable is here, how it grew, and how it has changed over the years. In 2001, the museum was awarded the international Nautiek Award for services to diving history, the first time the trophy had been awarded in the UK. The art gallery within the museum is a popular venue for the regularly changing special exhibitions and hosts both national touring exhibitions and those put on by local talent.

Whitstable now has a thriving arts culture, and along the streets, there are numerous galleries to be found and explored. My personal favourite of these is the Fish Slab Gallery on Oxford Street. 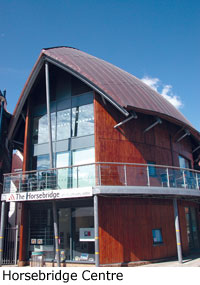 This small gallery has an ever-changing range of displays provided by local artists, with artwork that can range from simple seaside scenes to hard-hitting graphic pieces.

Another favourite gallery of mine is the Horsebridge Centre, which is located near the beach in the heart of town. The site has a long history of community and cultural activity, which include the art groups operating here. The Canterbury city council, who pushed the project, was committed to constructing a building that reflected this fact and would be a focal point for the town — the innovative design of this building has won it numerous awards. Opened in April 2004, the venue has an impressive programme of live events, art exhibitions, and classes. The centre is fully accessible to buggies or wheelchairs, as is the in-house café, Chives, which serves an excellent latte.

Around Town The most striking thing about shopping in Whitstable is the enormous variety of the shops in the centre of the town. Comparatively small the majority of them may be, collectively they provide that certain something that larger stores often miss out on — genuine interest. Craft shops and galleries, jewelers, booksellers and delicatessens, newsagents, greengrocers, butchers, bakers, boutiques, the list is endless. For those of you visiting the town with daughters or granddaughters, I recommend a visit to Buttercup on Harbour Street. This little shop is the holiday residence of author Emma Thompson, the creator of the Felicity Wishes books, and here you can arrange for Emma to autograph a book for that little girl in your life.

Offshore, the Maunsell Forts stand visible from the shoreline. They were constructed during World War II to defend the south coast from Nazi invasion. The forts were made redundant in the late 1950s and used in the 1960s by a pirate radio station. Some now house web servers, and one has been home to a local artist in recent years.

In 2004, Whitstable became the residence of an offshore wind farm consisting of 30 wind turbines, each 140 metres high, providing electricity for half the homes in the Canterbury district. 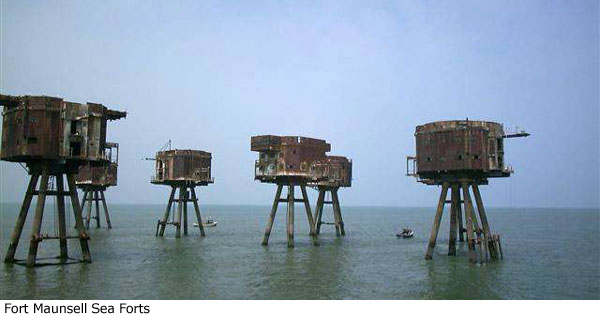 Whitstable is a town whose architectural and design feats are few and far between; it is in essence still today what it has always been — a traditional English seaside town, strong in maritime history. For this reason, I encourage you to come visit. This is a town where the streets are lined with pretty weatherboard cottages, and huts stand proud on the pebble beach. This is a place that provides inspiration whether you are a writer, artist, or designer; notably, John Turner (artist), Charles Dickens (writer), Laurence Irving (book illustrator), and W. Somerset Maugham (writer) all either lived or spent time in Whitstable.

The Duke of Cumberland Hotel – http://thedukeinwhitstable.co.uk

Where To Eat And Drink 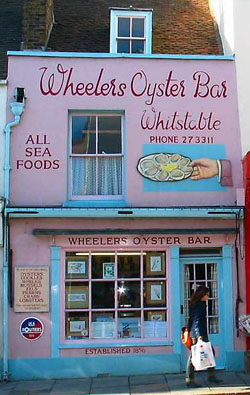 What To See And Do 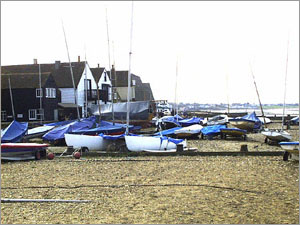 And One Last Thing

No matter when you visit or what you decide to do on your visit to Whitstable, ensure that you make time to walk down to the beach and enjoy the magnificent sunset. That alone is worth the trip.