Think of whitewash as Liquid Paper, but on a grand scale. It is a liquid (like a paint, but often thinner) for whitening something, as in an interior or exterior surface of a structure or a piece of furniture. Used in its verb form, it is the act of applying the whitewash liquid or the act of whitening something with whitewash. Note: Go to the SAY WHAT” glossary to read the non-design related definition of whitewash that grew of this original meaning. 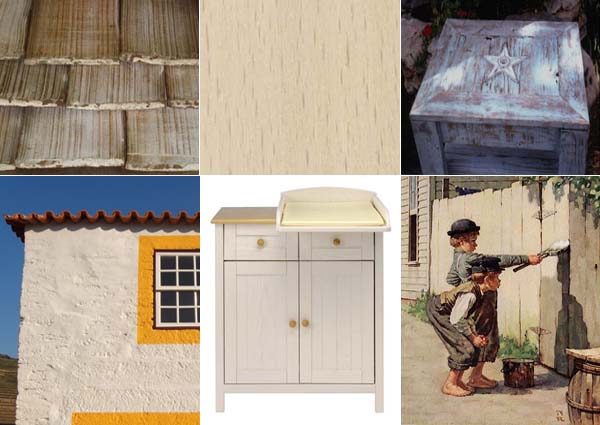