Let’s break it on down. Everyone knows what a table is, but what’s a console? A bracket, often curved or “S” in shape. Therefore, we can guess that the term console table incorporates these two elements. Well, it started out this way in 18th Century France when it described a narrow table – usually attached to a wall – that either appeared to be or actually was held up with brackets due to the presence of receding legs in the front. (FYI: These pieces were also known as pier tables if they sat on the wall between two large windows.) Today you can also use the term console table to refer any narrow table designed to fit against a wall, whether it’s attached or free-standing. For a table backed up against a sofa, the term is also acceptable, though many people not surprisingly call this a sofa table. 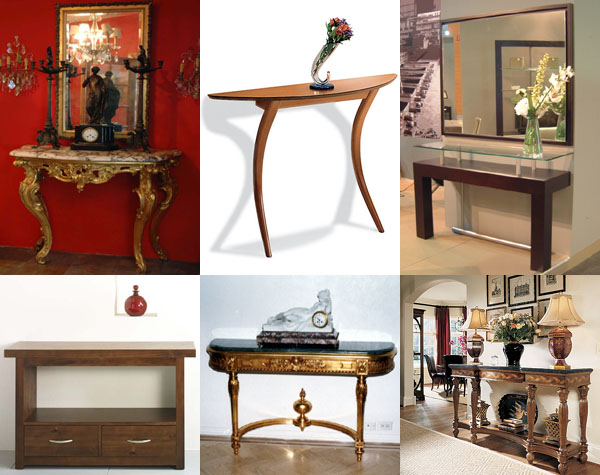