Whatever you do, do not pronounce this word as fuh-KAYD. We have a friend who did so, felt like a complete idiot, and completely lost the respect of the clients he was with. See, that’s why we’re here to help you. Again, if you don’t know how to pronounce something or don’t know what it mean, admit it immediately and then make a point to learn it. It’s that simple. But we digress…

The term façade (which you will also see in print with a regular “c” and not the fancy French version with the tail on it) has two usages. First, and most commonly, it used to describe any face of (or specifically) the front of a building, which sets the tone for the building, especially when it comes to overall architectural style.

Secondly, the term can be used in the context of just the face – usually false – of a structure, especially when on a film set. Studio lots in Hollywood and major entertainment theme parks around the world are dominated by façades simulating Western towns, ancient villages, and urban streets – all of which hide simple, and even empty, structures. Furthermore, some retail establishments have incorporated elaborate façades, masking simple interiors in an effort to entertain and attract consumers. 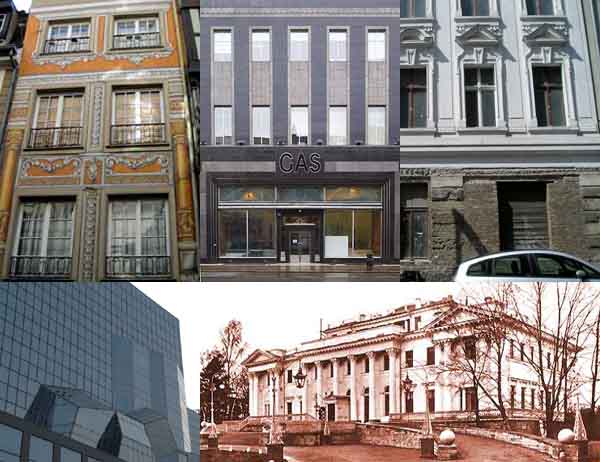