Capitalized or not, with two “c’s” or three (rococco), this term delineates a decorative style characterized by ornate adornment and whimsical curved asymmetrical forms. In the 18th century, France’s Louis XIV preferred a weighty, dominating Baroque style. Louis XV, however, sought out a lighter and more elegant touch, which tended toward the flamboyant: scrolls, foliage, scallop shells, flowers, long-winding grapevines, elongated S and C curves, and slenderized cabriole legs. Along with intricate furniture pieces, artisans created equally as ornate paneling, sometimes in color schemes such as blue and white, pink and white, and sea-green and white – all enriched with gold, of course. FYI: The term can also be used in a more general way to describe anything that is excessively intricate or overly elaborate. We think you can see why. 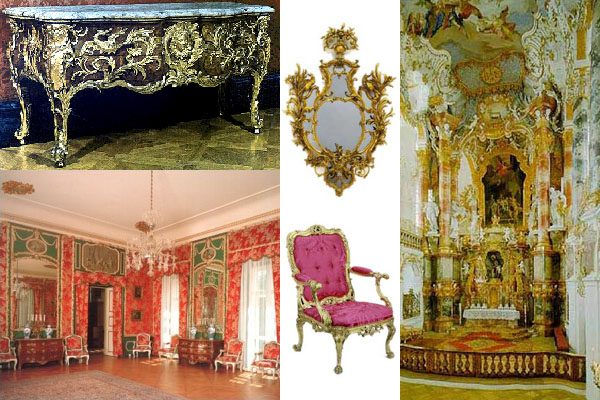