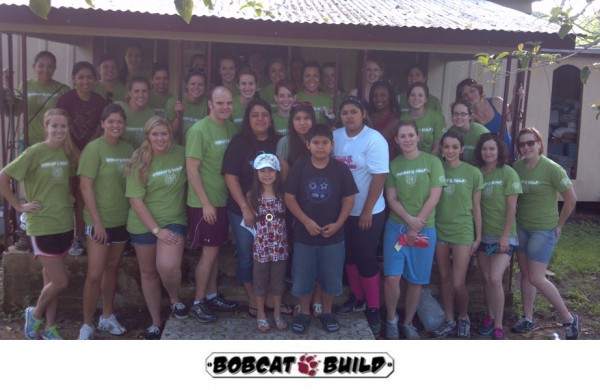 Bobcat Build – Students Reaching Out To The Community

Education, Inspiration 10 years ago No Comments

EDITOR’S NOTE: In 2009 P&C covered this incredible student-run event, and we’re choosing to draw attention to it again because it is a stellar example of Why Interior Design Matters. We think that you will be equally as impressed with the drive of the students involved, and we hope that their passion will inspire you.

Community service is alive and well in San Marcos, Texas. This past March, the Texas State University ASID Student Chapter participated in Bobcat Build, the university’s annual community service effort. The chapter reconditioned a local family’s home, thus providing its student members with the opportunity to use their design and building skills to help the community.


How It All Started

The idea of Bobcat Build was adopted from Texas A&M‘s service project "The Big Event," which has been an Aggie tradition for over 20 years. Over 70 schools across the nation have adopted a similar project, catering to the needs of the community they represent.

Bobcat Build is essentially an opportunity for students and faculty to say "Thank you" to the San Marcos community for allowing us to be a part of this beautiful community, ultimately connecting students to the residents and building a stronger sense of community. March 31, 2012, was the 10th year this event has happened and also marks the 4th year that it has been completely student run! With over 3,700 student participants this year, this is the 2nd largest service project in the state of Texas!

Historically, the Texas State University ASID Student Chapter has chosen a family in the San Marcos area that is in need of light- to medium- duty work being completed around their home. We select the family by calling local churches, organizations and authorities, as well as by hearing about opportunities from students, faculty and community members.

The first year of the chapter’s involvement, a single mother and her two children were able to receive a home makeover, giving the family a comfortable and functional space to live in with more than just the bare essentials. Last year, we were able to help a family of three, whose mother and wife has medical issues, by giving this family updated features around the home, painting, laying carpet tiles and creating an outdoor seating area on the patio. 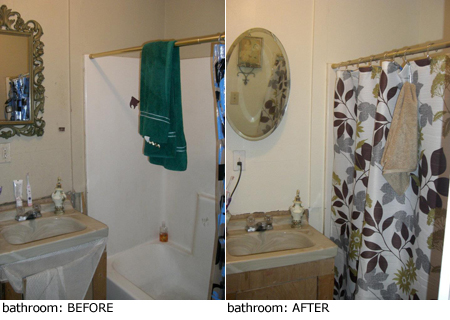 Putting The Fun In Fundraising

Officers of both the Texas State student chapters of ASID and IIDA were involved in organizing and implementing the event. Collectively and via an array of fundraising events, students and the community raised cash and material donations to meet the needs of the project.

Chili’s Grill & Bar hosted ASID giveback nights in Austin and San Marcos. Other venues such as Crazy Good Frozen Yogurt and Taco Cabana in San Marcos also hosted profit sharing nights. This provided the opportunity for the Texas State Student Chapter to enjoy dinner and frozen yogurt together while raising funds for their community service project.

Perhaps the most successful fundraiser was the annual “Bands for Building”. This year, ASID held the fundraiser at the Railyard Bar & Grill, inviting local bands The Old 300, Derailed, and Shynx to perform. By the end of the night ASID raised a total of $400 in cover charges and donations.

In addition to profit sharing nights, cash and material donations were accrued from the ASID Texas Chapter, the Student Organization Council at Texas State, interior design faculty, Lowe’s, The Home Depot, and other local businesses. Without the help of the entire community, this event would not have been possible. 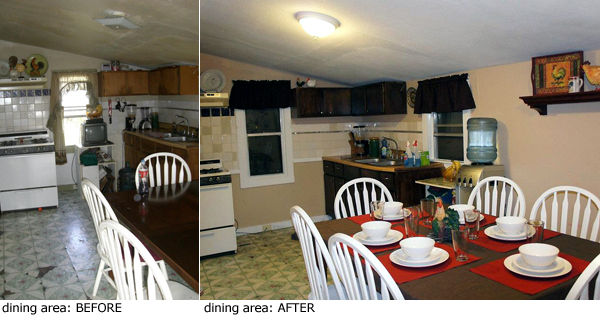 The Project That Almost Wasn’t

This year we were directed to a couple in their early 70’s. The wife had medical issues, and they needed some serious landscaping help, a little bit of interior painting, and the entire interior of the home needed to have trim work (baseboards, window trim, etc.) installed. We worked with this family from the beginning of February to the end of March to get donations of supplies and raise funds to cover the remainder of supplies. The community overwhelmingly responded and was willing to support this year’s event!

After all of the planning went into the events to take place on build day, the family called on Friday, March 23 (one week and a day before Bobcat Build) to say they were not going to be able to participate in this event due to an interference with the wife’s medical condition.

As you can imagine, I were shocked and lost. There was nothing we could do until Monday because no businesses, churches or organizations were open to help find a family. I was not willing to just back out of this because we weren’t able to help THIS family as I was sure there was somebody out there that needed help. We would just have to find this family and have a fast-paced plan for reconditioning their home.

First thing on Monday I began calling around asking for assistance. Almost losing hope, I called the local food bank, which asked me to attend their food distribution at 12noon and make an announcement to the participants describing what I was looking for. What an opportunity – I just knew this would be a success!

After interviewing several candidates – all of whom needed more work than we could perform – one last candidate, Virginia Rodriguez, came to me with a very humble attitude and was an absolutely PERFECT candidate for this home makeover.

The story was this: Her family of six (4 children, she and her husband) were living in a 2 bedroom / 1 bathroom home with the limited space of about 900 sq. ft. Her husband, Martin, works very hard to supply the necessities for their family to live, but they just didn’t have the means to make improvements. They needed their home to be deeply cleaned, completely repainted, and efficiently space planned.

Mrs. Rodriguez gave us free reign to make whatever changes we felt would be best for this space to make it more functional and aesthetically pleasing. Her only request was that her children have a fantastic bedroom that they could grow into and appreciate. What a humble and loving mother!

Getting Down To Business

After viewing the Rodriguez home on the very night I met her, I knew this would be a BIG project, but one that was not impossible. Beginning the next day, I started calling on the same businesses in the Austin/San Antonio corridor that were willing to help us out with the previous needs to ask them if we could modify what we needed. Without hesitation, all of these businesses (and newly contacted businesses) were willing to do whatever it took to help out – a hat a fantastic community!

Gathering donations and supplies up until the actual build day, we were able to make this event a success. The family was emotional when over 50 students showed up to volunteer their time to help out, and when they returned after a solid 12-hour workday they were even more emotional and most grateful.

The students used their interior design knowledge to create a better living environment for the family. By applying light colors on the walls and updating the luminaires, the students created a more spacious feel. Also, placing carpet tiles and area rugs over the weathered wood floors created pleasing transitions within the space. Moreover, by designing outdoor areas for the family to enjoy, the home’s square footage was essentially extended.

When the Rodriguez family arrived to see their redesigned home they were delighted and surprised with the outcome. Mrs. Rodriguez said, “I am amazed at what you all did! I can’t thank you enough for everything you’ve done.” This family was so overjoyed with every detail that was put into this house. They expressed their gratitude with tears of joy as we all departed, leaving them to enjoy their "new" home.

As a result of this project, the Rodriguez family was able to celebrate Easter with their family and friends in their own home, showcasing the ASID Student Chapter’s hard work and efforts. 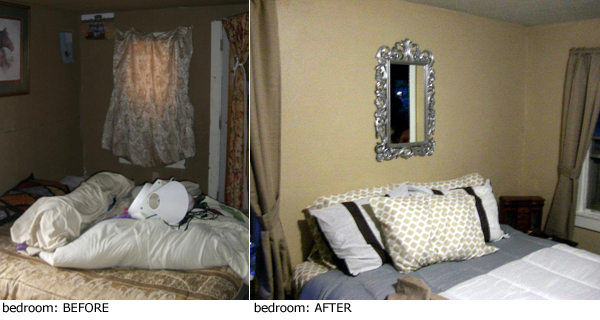 An Attitude Of Gratitude 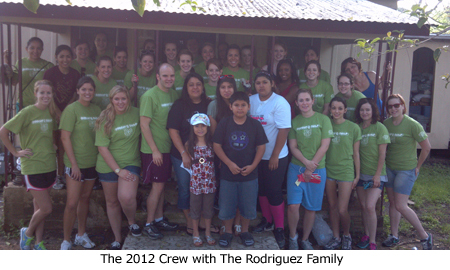