Influencers 13 years ago No Comments

Interior design is an extremely important aspect of a company’s brand. This concept is especially applicable in the fields of hospitality, retail and entertainment design, all areas where competition is endless and differentiation is crucial. Have you ever sat down in a

themed bar or restaurant, stopped a moment to really look around and wondered who made the tens of thousands of decisions regarding every single bit of the décor that makes that restaurant the customer experience that it is” Or what about your favorite retail store – who decided which items to feature, where they should be placed for maximum visual impact and visitors’ safety, and how best to integrate them with the interior finishes as to communicate the company’s vision” Teri Simpson is your answer. After working for well-known companies like Hard Rock and Ethan Allen, this hard-working, world-traveling Texas native knows a thing or two about brand adherence and interior impact.


You began your substantial design stint with Hard Rock Café International by cataloguing memorabilia, antiques, and decorative items. What were your responsibilities”

I started out cataloguing the pieces of memorabilia as they came off the truck from New York: what it was, whose it was, etc. I didn’t know anything about rock ‘n roll or the artists, so for every piece that arrived I would ask "Whose is this”" Two hours later – after learning everything about the person, their songs, history, etc. – I would then enter the information into the database. I fell in love with everything I touched.

The first time I had even seen the inside of a Hard Rock Café was at Christmas time when the doors opened at the Dallas location in 1986. I was overwhelmed by how beautiful t 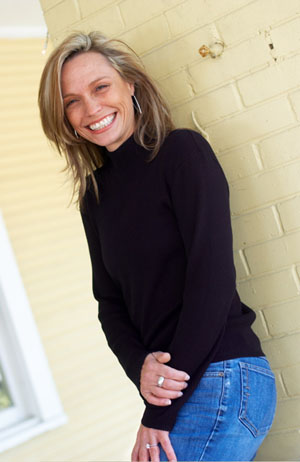 he whole restaurant was. It glowed with the guitars, the brass, all the lights, stained glass, domes, antiques, Persian rugs… I loved the way it was all pulled together.

Once Hard Rock started expanding its restaurant locations, I then began working with architects and contractors to create interiors to solidify the Hard Rock brand.

Please explain where you would begin the process of planning a new restaurant’s interior and the steps required before doors opened.

Materials such as wood products, stains, paints, and wallcoverings all had different code issues in each country. A great deal of work went into working with local products to get as close to Hard Rock specifications as possible. Of course, each country we went into also had its own culture and wanted to infuse it into the Hard Rock design wherever it could. I would have to rein them back a little sometimes to keep in line with the Hard Rock brand.

Here is a set of (simplified) steps that I followed for each project:

I was responsible for pulling the memorabilia in its raw form. This was not a small task as each Hard Rock housed between 700 and 1,000 pieces.

Each piece was then individually framed or cased. Framing sessions took three days of grueling work. We (Judy Martin, owner of Art Dallas Incorporated, and I) would choose different frames, mats, or cases for each piece, which was what gave Hard Rock it’s eclectic look.

Afterwards I would group the memorabilia in its historical order and significance. Then I would draw up the elevations and space plan each piece from the main focal point and flow around the rest of the space. Each piece only had 5" to 7" between it and others so balance and proportion were very important, especially when working with a frame, a large heavy case, a guitar and a drum. Having it planned on elevation before arriving at the location saved an incredible amount of time that would have been wasted on-site.

I then managed a group of five people through the installation, which would take anywhere from five to seven 12-14 hour nights. We usually had to work nights because the restaurants were still under construction during the day.

Lastly, we would have to make sure that we had an accurate inventory and photo documentation of the project.

You used to travel three-quarters of the year for Hard Rock. Where all did you travel, what was the most spectacular place visited” Did you even get to relax on these trips or was it all work and no play”

I was so blessed to have been in almost every major city on every continent. However, I didn’t realize how much my body was experiencing perpetual jet lag until two years after I stopped, when I woke up one morning and finally felt normal.

Our installations used to take about a week. As I mentioned before, we would work nights because of the construction occurring during the daytime. Depending on where we were in the world, we would tack on a couple extra days so that we could at least see some of the wonderful cities that we were in.

My most favorite special place I was given the chance to go was Bali, Indonesia. I was able to visit 13 times. I can’t even begin to explain the peace and beauty of Bali – not only of the island itself, but in the people too.

Most challenging was definitely customs. There were countries – mostly in Asia – that would hold our shipments for over a week. Every piece of memorabilia would have to be examined, especially the gold, platinum and silver records. They thought that they were real, so they would take them apart. I learned that every country in this world takes bribes – that is usually how we were able to get our stuff.

We never lost any of our shipments, which was unbelievable. I used to say that I would love to write a book on the journey of each shipment. Even once the shipment cleared duty/customs, it would have to be transported to us at the site. In most of the cities we were in, transportation might be nothing bigger than an old pick-up truck. We would wait at the site and watch as pick-up by pick-up would arrive with our carefully packed shipments that had been broken down to load individually onto each truck. Up to six people might be sitting on the back of each truck, every one of them holding several pieces down until they made it to us safely.

The best part of working internationally was how it turned into an international family. When we were in Europe, we had a small team from London that would meet up with us to help us install. In Asia, our team came from Singapore. No matter where we were, our team was with us.

The original reason for using the same people no matter where we were was because of the familiarity with the projects. It is not easy to install 700 individually sized pieces – along with signage and lighting – in a small window of time. Consistency meant that we did not have to start the project installation teaching – we could just jump in and get it done. Also, this helped with any language barrier problems.

You were with Hard Rock for 13 years. How did you know that it was time to move on”

As the Hard Rock continued to grow pretty aggressively, the department had to grow. I had moved up to Director of Memorabilia Design and Display. My time was spent in corporate meetings and behind a desk managing a department and people. I wasn’t doing what I loved to do anymore. That, and company politics made it time for me to move on.

Next you worked for Ethan Allan as a Merchandise Manager for five years. What were your day-to-day responsibilities, and what did you learn from this experience”

As Merchandise Manager for an Ethan Allen franchise, I was responsible for the purchase and installation of all interior products for four showrooms in Florida. Branding was very important to Ethan Allen; fortunately, this wasn’t a problem for me because I could completely understand the importance after working for Hard Rock.

I really learned a lot because it just wasn’t buying and floor planning. I was learning about the furniture, the upholstery and window treatments. I have to say, window treatments were the biggest challenge!

I wasn’t sure, though, where I wanted to go with the company until we started construction on a new site in Orlando. All of my experience with Hard Rock and Ethan Allen came together. I worked directly with Ethan Allen Corporate planning the store. I was responsible for the floor plans, fabrics, wallcoverings, paint and accessories. I was working directly with the architects and contractors through the entire building process and managed the installation to completion of opening the new store.

I am still dear friends with the owners and have been called in to open two more stores for them.

Where do you see yourself going next”

Somewhere where I can be involved with the whole process. I’m not sure where that is, but I know it’s out there!

Do what feels best. Don’t be afraid to try something new. I never anticipated how important and exciting it would be when my Hard Rock experience combined with my Ethan Allen experience – it taught me even more about what I love to do.

Now for the lighter side…

What is your favorite time of day and why”
Morning has always been my favorite. It’s quiet and new.

If you won the lottery, what would you do”
There are way too many people in this world that need help, so that is where I would spend it. I would, of course, use the money wherever it was needed, see more of the world, and help wherever I could.

What the one thing that you wish you knew more about”
I can’t narrow it down to one. I love learning.

Think Teri Simpson rocks as much as we do” Then let her know by emailing her by clicking here.